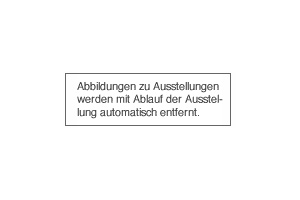 »Rineke Dijkstra is one of the most significant contemporary artists working in photographic portraiture. Her largescale photographs focus on the thematics of identity, typically capturing her subjects at moments of transition or vulnerability. Working in series, Rineke Dijkstras images recall the visual acuity of seventeenth-century Dutch portraiture, offering intimate portrayals of her sitters whilst also suggesting the situated aspects of their being. Rineke Dijkstras investigations in portraiture also include video. Her fixed-camera video studies yield images that appear to be moving photographs, revolutionizing our understanding of the fluid boundary between the still and moving image.«

The jury
The Hasselblad Award Jury that submitted its nomination to the Hasselblad Foundations Board of Directors, consisted of:

Duncan Forbes, Chair
Curator and writer based in London and Los Angeles, and Visiting Research Fellow at the Institute for Modern and Contemporary Culture, University of Westminster, London

»Rineke Dijkstras photographs and films speak brilliantly to the intricacy of the portrait image: its embodiment in time; its capacity to reveal history; the contingency of the act of exchange between sitter, photographer and spectator; and, ultimately, photographys revelation of the self. At a moment when the portrait image dissipates itself in an economy of narcissism and fractal celebrity, Rineke Dijkstra reminds us of the photographic portraits public potential,« notes Duncan Forbes, Chair of the Jury for the Hasselblad Award 2017.

»Rineke Dijkstra has developed an impressive body of work focusing exclusively on portraiture. Her close studies of the transformation of young people into adults are captivating. Furthermore, we are proud that Rineke Dijkstra is the first Dutch recipient of the Hasselblad Award,« states Christina Backman, Managing Director of the Hasselblad Foundation.

About Rineke Dijkstra
Over the past thirty years, Rineke Dijkstra has been established as one of the most prominent and internationally acclaimed artists working within the genre of photography and video portraiture. Her large-scale photographs and films often focus on children, adolescents, and young adults, offering subtle explorations of the formation and representation of identity. Rineke Dijkstra pursues an existential photography, but one that encourages us to focus on the exchange between photographer and subject and the relationship between viewer and viewed.

Among her earliest work from the early 1990s is a series of photographs depic-ting mothers and their newborn children moments after the delivery, as well as portraits of bullfighters directly after leaving the ring. In these works, Rineke Dijkstra aimed at capturing contradictory emotions  exhaustion, joy, fear, relief  experienced simultaneously in extreme circumstances. In the series Beach Portraits (19922002), she portrayed children and teenagers on beaches in Eastern and Western Europe, and the USA. As they are standing in front of her large format camera, she poignantly reflects their vulnerability and self-awareness during a period of transition from children to adolescents.

A notable characteristic of Rineke Dijkstras oeuvre is her long-term projects, photographing the same people over several years, witnessing the changes as well as the distinctive traits in their personalities. The most noted and still ongoing of these projects started in 1994, when Rineke Dijkstra encountered and photographed a six-year-old Bosnian girl named Almerisa Sehric in a Dutch refugee center for asylum-seekers. She has continued to photograph Almerisa every few years, documenting her transition into a teenager, then a young adult becoming a part of Dutch culture, and eventually becoming a mother.

Portraying an individual and her personal journey from being a refugee to being part of a new society, this body of work has been highly relevant for more than twenty years. It continues to resonate in the current political climate, contrasting the way in which asylum seekers and migrants are often merely described as numbers.

The series Olivier (200003) visualizes another kind of physical and psycho-logical development, namely that of a young man becoming a soldier  from his enlistment with the French Foreign Legion through his years of service. Similarly Rineke Dijkstra has photographed new initiates to the Israeli army, such as the female soldier Shany, whom she photographed on her first induction day in uniform, until after she quit the army (20022003).

Since the mid-1990s, Rineke Dijkstra has expanded her unique modes of port-raiture to video, offering sensitive studies of young people. Video works such as The Buzz Club, Liverpool, UK/Mystery World, Zaandam, NL (199697), and The Krazyhouse (Megan, Simon, Nicky, Philip, Dee), Liverpool, UK (2009), show teenagers from local clubs dancing to their favorite music in multi-channel video installations. The two video works I See A Woman Crying (Weeping Woman), and Ruth Drawing Picasso, both made in 2009 at Tate Liverpool, focus on childrens attentive response to artworks. In more recent video works from 2014, Rineke Dijkstra has filmed girls rehearsing at a Russian gymnastics school or auditioning for the prestigious Vaganova Ballet Academy in St. Peters-burg, portraying humanity in beauty, and perfection.

Biography
Rineke Dijkstra was born in 1959 in Sittard, the Netherlands. She lives and works in Amsterdam, where she was educated at the Gerrit Rietveld Academy. A large retrospective of Rineke Dijkstras work was shown at the Solomon R. Guggenheim Museum, New York and San Francisco Museum of Modern Art in 2012. She has had major solo exhibitions at the Museum für Moderne Kunst, Frankfurt am Main (2013), the Stedelijk Museum (2012), the Jeu de Paume (2004), and the Art Institute of Chicago (2001). Her works have also been shown at Tate Liverpool (2010) and Bonniers Konsthall, Stockholm (2011). Her publications include Portraits, edited by Hripsimé Visser and Urs Stahel (München: Schirmer/Mosel, 2004) and Menschenbilder, edited by Ute Eskildsen (Göttingen: Steidl, 1998). Coinciding with the exhibition at the Hasselblad Center, a retrospective of Rineke Dijkstras work will be held at Louisiana, Museum of Modern Art, Humlebæk, in the autumn of 2017. Both exhibitions make up the first larger presentation of Rineke Dijkstras work in Scandinavia.

The Foundation holds a photography collection focusing on Hasselblad Award Winners and Nordic photographers. The Hasselblad Center is the Foundations exhibition space, situated in the Gothenburg Museum of Art. Further stipends for studies and residencies are awarded each year, and the Foundation itself is actively engaged in the field of academic and artistic research through the publication of books, the organization of symposiums, and other public events. 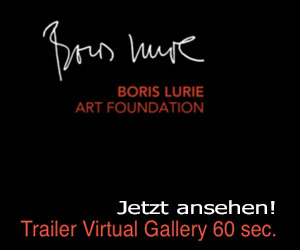